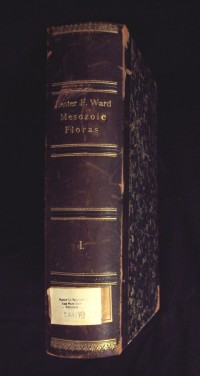 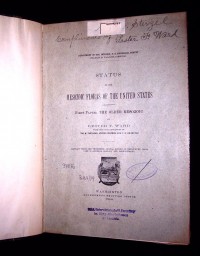 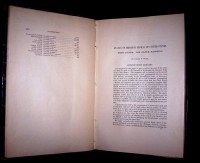 It is proposed in this paper to give a succinct account of the progress thus far made in the direction of developing the Mesozoic floras of the United States. The treatment will be primarily in the ascending geological order, secondarily in such geographical order as seems most natural, und finally in the chronological order of discovery. The aim will be to enumerate for the several formations, geographical areas, and special localities the fossil plants that have been found, collected, and reported upon, and to give a somewhat complete bibliography of the work accomplished in strictly paleobotanical lines, with special reference to correlation, but without any attempt to treat the subject from the stratigraphical or general geological standpoint, since this latter task would be much too large, and has. moreover, to considerable extent, been done already by numerous writers. The stratigraphical results thus arrived at will be simply accepted, and the horizons will be arranged with reference to them. There will be no attempt to republish what has already appeared, and the new matter will consist altogether of additional results here published for the first time.

Cite this page
CC-BY-NC-SA @ Museum für Naturkunde Chemnitz
The textual information presented here is free for non-commercial usage if the source is named. (Creative Commons Lizenz 3.0, by-nc-sa) Please name as source not only the internet representation but also the name of the museum.
Rights for the images are shown below the large images (which are accessible by clicking on the smaller images). If nothing different is mentioned there the same regulation as for textual information applies.
Any commercial usage of text or image demands communication with the museum.