"The word pendant derives from the Latin word pendere and Old French word pendr, both of which translate to "to hang down". It comes in the form of a loose-hanging piece of jewellery, generally attached by a small loop to a necklace, which may be known as a "pendant necklace". A pendant earring is an earring with a piece hanging down. In modern French, pendant is the gerund form of pendre (" to hang") and also means "during". The extent to which the design of a pendant can be incorporated into an overall necklace makes it not always accurate to treat them as separate items." - (en.wikipedia.org 30.09.2019) 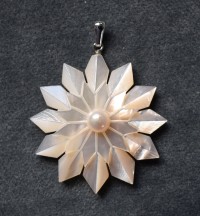 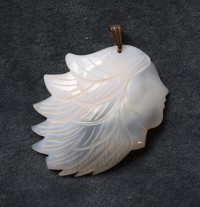 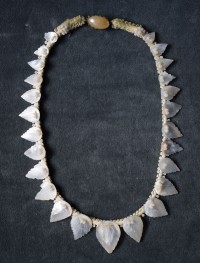 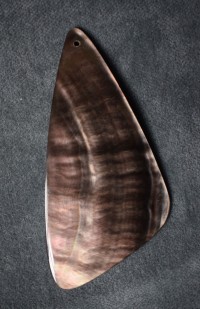 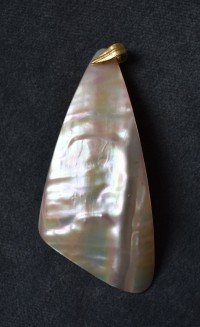 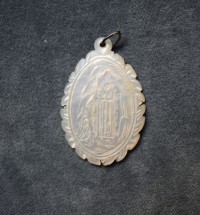